Cat and mouse in Italian

The eleventh round of the world Junior championship in review of international master Vladimir Barsky.

Leader Jan-Krzysztof Duda from Poland did quite calm Black tie with the German Junior Matthias Blobaum and the gap from him to half points reduced Francesco Rambaldi (Italy) and Mikhail Antipov (Russia).

Black too risky played in the opening and had to give up the quality. And then began a kind of game of “cat and mouse”: sometimes the computer evaluated the superiority of the White “+10″, but Francesco could not strike a decisive blow. 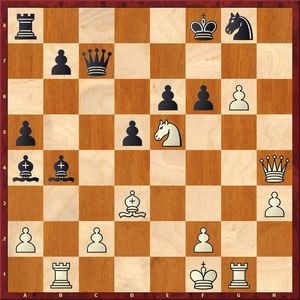 Francesco, there are several straightforward – trying to break through the center, and it was necessary again to draw their attention to the Queenside: 37.c3! Bc5 (b6 pawn can’t be given) 38.Qxg7+ Kxg7 39.Rh7+ Kf8 40.Bb5!, and after exchanging light-squared Bishops in Black no one will hold the checkpoint pawn “h”.

Azerbaijani grandmaster ingeniously defended, and after 49…b5! 50.Qb8 Kf6 got real chances for a draw. White cannot take the pawn (51.Qxb5? Nf4), direct ways to strengthen the position not visible, but Black already appears counterplay. But at this point Ulvi missed an easy shot. 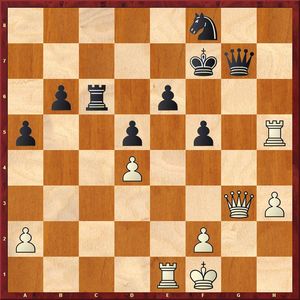 Russian Derby on the third table. In roughly equal positions Mikhail Antipov better disposed of the figures and “preministerial” his opponent. 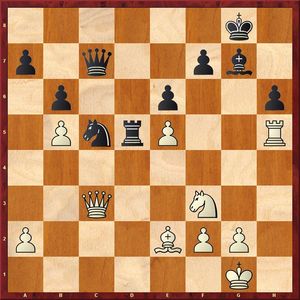 Black there to win a pawn with 28…f6 29.Qc2 fxe5, but after 30.Nd2 White has good compensation through control of White spaces and Black has also a weak King. But in order Maxim Chigaev was another interesting maneuver – 28…Na6!? In the case of exchange of Queens Black’s chances, perhaps, preferable White needs to spend some momentum to bring the Rook into the game. If the Queen moves – 29.Qb2,…Nb8 29, and the Knight in a roundabout way come to d7 increase the pressure on the E5 pawn.

The idea is the same – getting rid of the cords, to guide the Knight to d7. But here White has the opportunity to improve the position of his pieces.

Objectively the position is about equal, but from repetition of moves (33.Nf3) Antipov dodges.

Serious threats to the King of h2 is not new, and White, meanwhile, had returned to the Rook in the center and took an open line. A little bit Antipov accumulates positional advantages.

Perhaps the first serious inaccuracy. Active Knight was better to save and play 38…Qc1. 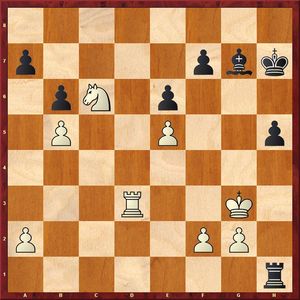 Not there, the E5 pawn is much more important! After 43…Kg6! 44.Rd7 Re1 45.Ne7+ Kh7 46.f4 Bh6! Black has sufficient counterplay. Now Antipov technically overtaKing opponents.

Maybe Black was counting on 46.Rxa7 Bc5 47.Nd8 Bd4 48.Nxf7 Kf5!, and they have, despite the absence of two pawns, excellent counter chances. Move in party for them is much more unpleasant. 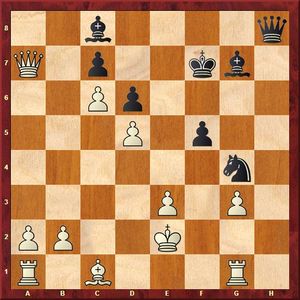 After an unsuccessful tournament cut again pleased their fans Aleksandra goryachkina. The champion of Russia outside the box played White against the King’s Indian defense and has made a large material advantage. The opponent rushed in a desperate counterattack, but he coolly reflected all threats.

In the girls tournament second defeat in a row suffered Zhansaya Abdumalik is in a difficult position missed a powerful blow to the opponent. 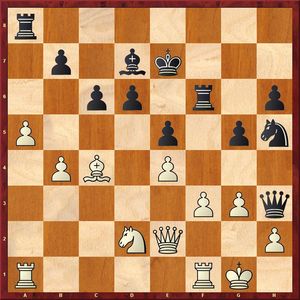 Iranian chess player has chosen for such an important meeting gambit of Anisha and leaving the King in the centre, pumped threats on the Kingside. Of course, Zhansaya was able to exchange Queens and fully to protect yourself from all the trouble, but after 30.Qg2 Qxg2+ 31.Kxg2 White and if there are overweight, it is symbolic – a little more space. And revealing the shortcomings of building Black allowed preventive maneuver 30.Qf2! Raf8 31.Rfb1!, and the approaching Black comes to a standstill, as the g5-g4 (immediately or after sacrifice on f3) White 32 helps.Bf1 with the capture of the Queen.

A great solution! For the Knight get Black while only two pawns, but soon takes a third, and a fourth… And most importantly – they have now a very easy game. 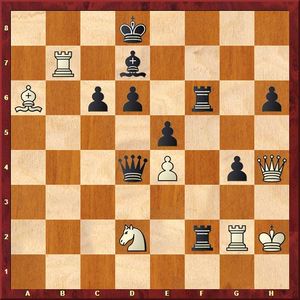 Five pawns for a Knight is too much. 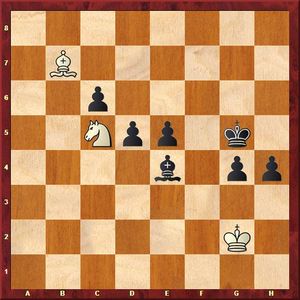 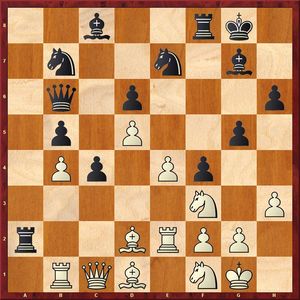 Alina Bivol came out of the opening by a margin, but then yawned simple and nice tactical shot.

Practical solution: give White a pawn, but the exchange of Queens. 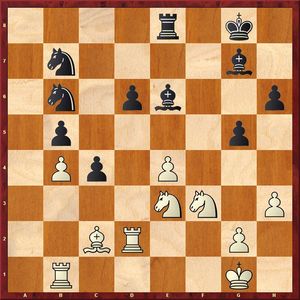 The pawn was better to leave in place, but after an approximate 31…Bc3 32.Rdd1 Bd7 33.Nd4 play White much easier here – quality is quality. Although, of course, the chances for a draw here Black large, they need only to somehow “absorb” their Knights. 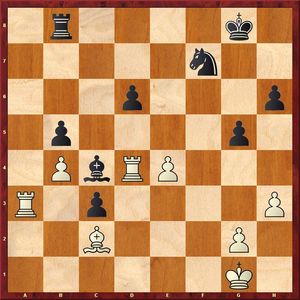 Leader Natalia Buksa (Ukraine) played a draw with Russian Alexandra Makarenko and now a whole point ahead Zhansaya Abdumalik of Kazakhstan) and Natalia Zezulkina (Belarus). Ahead of two decisive rounds.