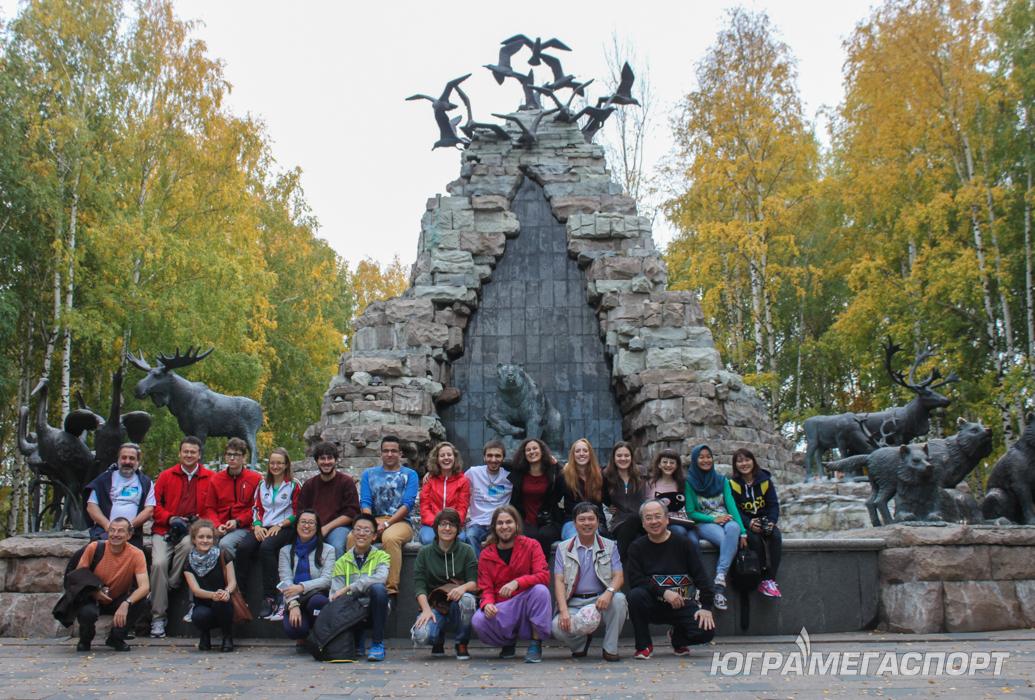 More than 40 participants of the world chess Championship among juniors up to 20 years took part in a sightseeing tour of Khanty-Mansiysk.

According to the office of the organizing Committee, to see the capital of Ugra wished the athletes, coaches and accompanying persons from Vietnam, Bulgaria, Poland, India, Belgium, England, Slovenia, Greece, Morocco, Russia, Kazakhstan, Hungary, Indonesia and Sweden.

The tour started from the hotel “Olympic”, where participants of the world championship was comfortable waiting for the bus. As soon as he began to move, began its work the guide. May was the name of the tour guide told visitors about its history and current living conditions for residents, the opportunities in front of them can be opened in the future.

First stop, naturally, made in the cultural and tourist complex “Samarovo outlier”, which includes geological monument (glacial outcrop
the outlier), the archaeological monument “Samarov town” (XI, XIV, XVIII century) and the Park of sculptures representing the animals of Pleistocene time and Paleolithic people.

At the foot of the hill is a sculptural ensemble “Mammoths”, which is one of the most popular destinations in Khanty-Mansiysk from visiting tourists. Animals-the giants since its inception has left its mark on other areas of the city, in particular the sports.

For example, mammoths were part of the emblem of the 39th world chess Olympiad and the Championship of Russia in judo, which was held in 2010 and 2014 respectively. “Woolly” became the mascot for the 18th winter Deaflympic games (28.04.-05.04.2015) and hockey club “Ugra”, whose teams are based in two sports complexes – the ice Palace of sports and the CBC “arena Ugra”, located to the right of archeopark.

After immersion in the prehistoric era sightseers went to the historic city center – the area Samarovo, who formed the village coachmen. Its main attractions today are the embankment of the Irtysh river and the station, which receives and river and road transport.

Then sightseers drove along one of the longest streets dedicated to the first cosmonaut Yuri Alekseevich Gagarin. It connects Samarovo the Central square of the city. While moving the participants showed the biathlon Centre of winter sports of a name of A. V. Filippenko, which from year to year are the largest competitions in biathlon. Since the construction (1997) he took three world Championships and more than a dozen world Cup.

Another favorite place among the citizens is the Orthodox Church of the Resurrection. It is crowned by five Golden domes that honor Jesus Christ and the four evangelists. Also on the territory of the temple complex are the bell tower with a height of 62 meters, the Orthodox school and “Orthodox Park” with the Holy monuments and fountains.

Final route point was the Park named after Boris Losev, the main treasure is a beautiful birch grove. Tourists happily strolled along the paths to the Central fountain “Ob and Irtysh”. Shestnadtsatimetrovy “rock” of six different types of granite, once collected animals and birds Yugra, now gathered participants of the Junior world championship for a group picture.

After that the tour is over, and players and their coaches went to the hotel to get some rest and come back to fight for the world chess “crown”. The eighth round of the championship will be held today, September 10. 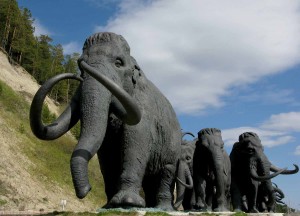 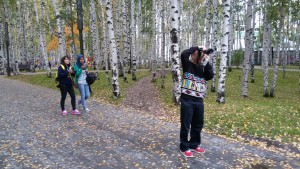 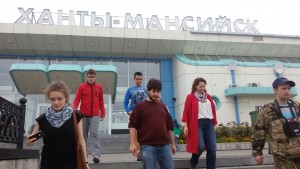 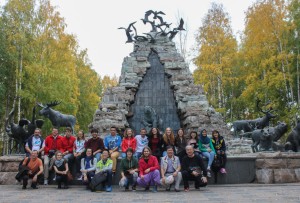 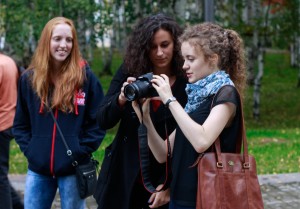 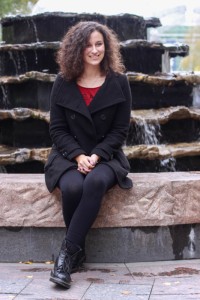 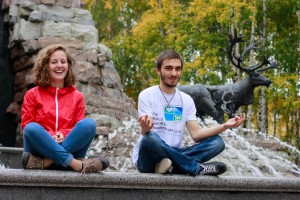 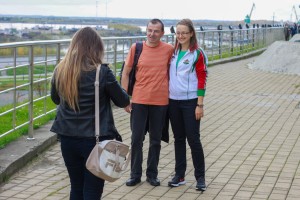 Duda makes his position better, Abdumalik goes into the gap The gallery continues to grow